"Third-quarter revenue beat expectations largely on iPhone average selling prices and Services with wearables maintaining momentum from previous quarters. September-quarter guidance also topped expectations and reflects a similar mid teens revenue growth rate for the overall company despite the more difficult compare from a year ago. The combination of a strong macro environment and an increasingly engaged customer base led to double digit growth in all regions on a sell-in basis during the June quarter."

"Apple reported a modest June-quarter beat and guided Sept-quarter ahead of expectations. Given heightened concerns around large-cap tech and ongoing U.S./China tariff issues, this was a positive print vs. expectations. While we expect investors to wait for pricing clarity on next gen iPhones before deciding on Apple stock, near-term upward bias on the name remains given multiple tailwinds stacking up."

"Apple reported better-than-expected third-fiscal-quarter 2018 results with sales upside driven by iPhone, Services, and Wearables. While sales beat, iPhone unit growth of just 1 percent year over year remained lackluster, as iPhone sales upside continues to come from the reset higher in average selling price. Earnings per share beat expectations by $0.18, but we estimate that just $0.04 of the beat came from revenue upside, while the remaining $0.14 was helped by below-the-line items like higher other income, a lower tax rate, and buybacks. Given its revenue base and size, Apple's recent growth has been impressive. However, with 80 percent of the company's sales exposed to secularly challenged businesses, we believe the long-term growth outlook remains limited. We continue to see support for the shares from the company's substantial share buyback, however, with positives and negatives largely balanced at current levels, we view valuation as fair and maintain our Hold."

"Apple demonstrated better demand resiliency than we had expected in the summer as evidenced by an iPhone average selling price of $724 which was 5 percent ahead of our forecast. Guidance was just a touch ahead of our numbers but is consistent with our above Street average selling price estimates that are based on a detailed stock keeping unit level model. We believe Street forecasts are likely to move up but that average selling price expectations probably will remain too low for the December quarter as Apple continues to see support from ongoing mix toward higher average prices. Services growth adjusted for one offs dipped slightly but not that materially to 28 percent year over year from 31 percent last quarter." 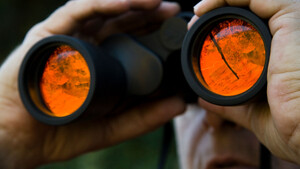